How to boost your team-building during lockdown? 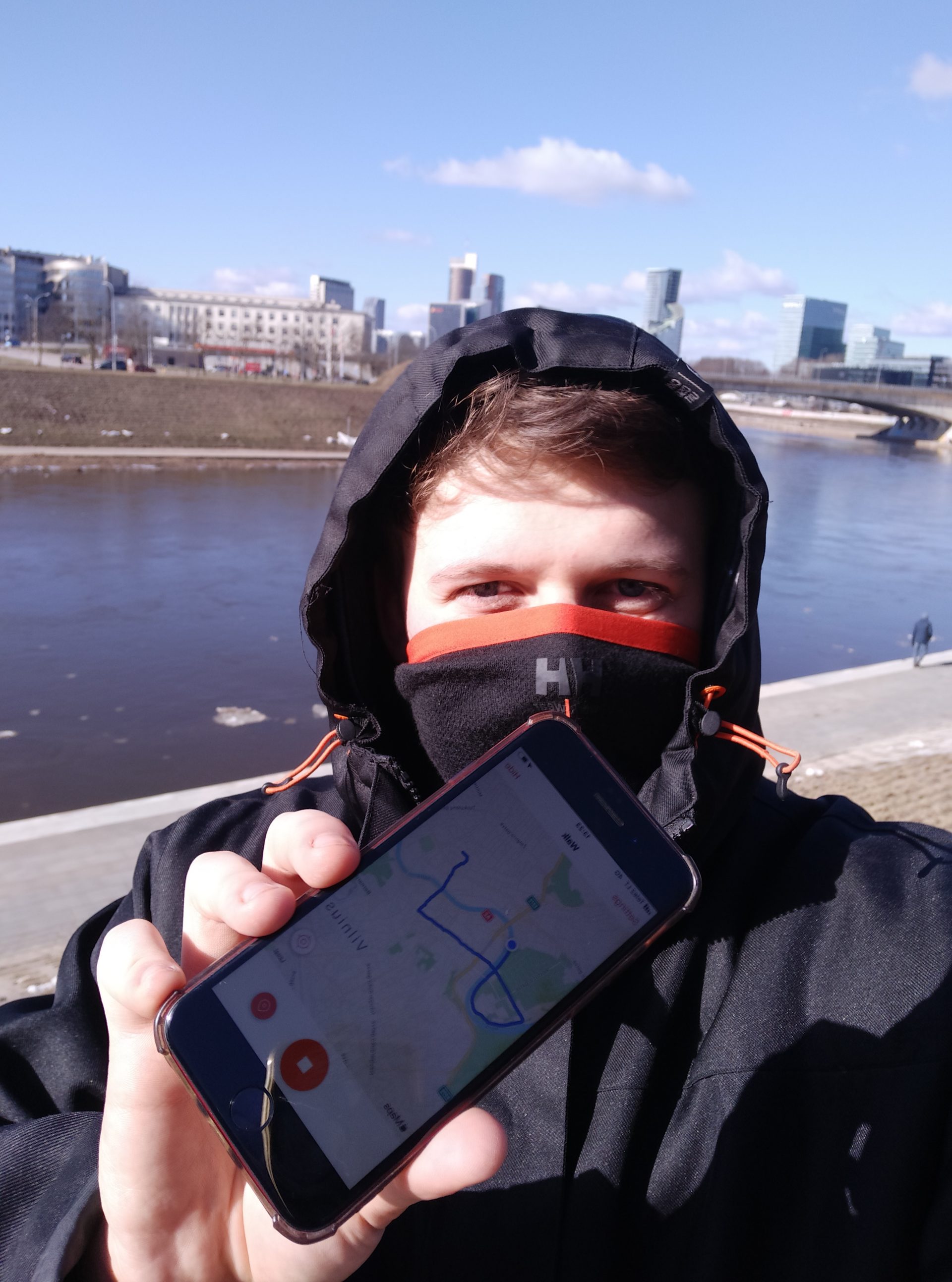 Every company wants to create a perfect working environment – happy and motivated personnel, the best technological solutions and even free coffee might help you take the step towards your goal. Some of these problems can be solved with money but how to bond your international team together during tough times when travelling is out of the question? The answer might be virtual team-building challenges or activities. How team-building challenges really work and what goes through the mind of a participant 1000 km away from you? Let’s see how Stebby team managed to push through the 30×30 challenge and how our pan-Baltic team felt after that. In the following post, you can read how our Latvian Country Manager Katrina and Lithuanian Business Developer Justas completed the challenge.

Long story short – at the end of February, all Stebbians (aka Stebby team) were invited to participate in a 30×30 challenge. The idea was simple: one has to be active for at least 30 minutes a day, 30 days in a row, starting March 1st. The prize? Healthier you.

For example, Katrina had grandiose exercise and fitness plans for the first quarter of 2021, which were mostly cancelled by closed gyms and pools. So she started exercising at home but was lacking proper boost, guidance or at least a bit of competition. “Let’s admit – we all enjoy respectful quick glances from gym peers once in a while to keep us motivated,” said Katrina.

Justas said that before the challenge he wasn’t training for anything but he was at least familiar with an active lifestyle, “Am I a SUPER active sports guy? I used to be when I was playing high-school basketball. But to be honest when I’m on my own – not really. Occasional run here and there, or a walk around a park.”

Being active every single day

Katrina kept it simple, slow and persistent. “Most of my exercises were initially 30-40-60 min walks, mixed with HIIT workouts and vinyasa flows,” she said. However, by mid-March, she was so motivated that she unpacked her running shoes and started running 5 km twice a week. “So by the end of March my routine contained walking, yoga, HIIT and 5 k runs,” she added.

On the other side of the border, Justas approached the challenge with different kind of activities. During the 30 days, the majority of his activities were completed outdoors – strolling through the woods, power walking around the lakes of his hometown and riding a bicycle. “Wow, riding a bicycle? Justas, how boring are you… It was not boring for me though! Thanks to our little challenge, I finally managed to get myself a bike – the first one in 10 years. And once I got on I couldn’t get off of it. Every single day (sometimes even twice a day) I rode it on different routes and increased my daily distance gradually,” said Justas on how he slowly got sucked into the bicycle world.

Why bicycle rides? Justas said that riding a bicycle was so refreshing for him because he’s not a fan of running and just can’t seem to enjoy it enough to keep doing it regularly. “Therefore, I think It’s so important to find the types of activities that you actually enjoy doing, because if it’s not a hassle, well guess what – you’ll do it more often!” he added.

Why you should do it as a team?

Katrina said that since we are scattered all across the Baltics with zero chance to meet in person the challenge helped us feel more like a team, “March is a cold, long, depressive stretch between 8 months of winter and “wait-what-it-is-summer”. There were those grey windy lazy days where I thought “That’s it. I am out”. But then I peeked into Stebby and saw that Kestutis had already finished his workout in the home gym, Marti had a virtual group workout, Justas saw a beaver during his run, and I knew I just cannot quit,”. She described that the team effort gave her a daily motivational boost and made her feel a part of a company.

Justas realized that team challenge gave him some similar boost effect – it was the extra motivation he gets from competing with others, “Ever since our 30×30 Stebby challenge started, I realized that what gets me going is the competition aspect – even if it’s a friendly one. I found myself wanting to do more every day. And we weren’t necessarily competing on who will run the furthest, or who will climb the highest but we were competing on staying consistent – who will be able to record their daily activity (it didn’t matter which physical activity it was) and post it on time every single day for the whole month.”

He added that being one with the team through this challenge is something special for him. Perhaps it is so because he hadn’t yet had an opportunity to properly meet with Stebby colleagues from abroad ever since COVID started, and in a way, this challenge was a chance for all of us to connect.

Challenge completed – why you should try it?

Katrina says that the mood change between “I can’t” and “I did it!” in a span of 30 minutes is why everyone should be active. “Studies prove that active people are happier and more productive as family members, colleagues, employees and I think that is true. Given my exercises were pretty mild, I still greeted April -2 kg lighter although I didn’t change my diet,” she added.

Justas’s recommendation to anyone wanting to try something with their team is to not overcomplicate things, “I know how confusing it might get on deciding “how we are going to measure the activities?” or “are our team members even going to participate at all?” you just have to get started!”. He says that for motivation, you can pick a prize that you think would be worthwhile, whether it would be some new headphones, a smartwatch or even Stebby gift card.

Have fun while staying active. It’s a win-win for all parties involved. Try it!

Need a little help tracking activity? Check out these options

Strava because it’s free and your activities are GPS tracked, you just have to take your phone with you – let’s be honest, most of the times we take it with us wherever we go regardless. 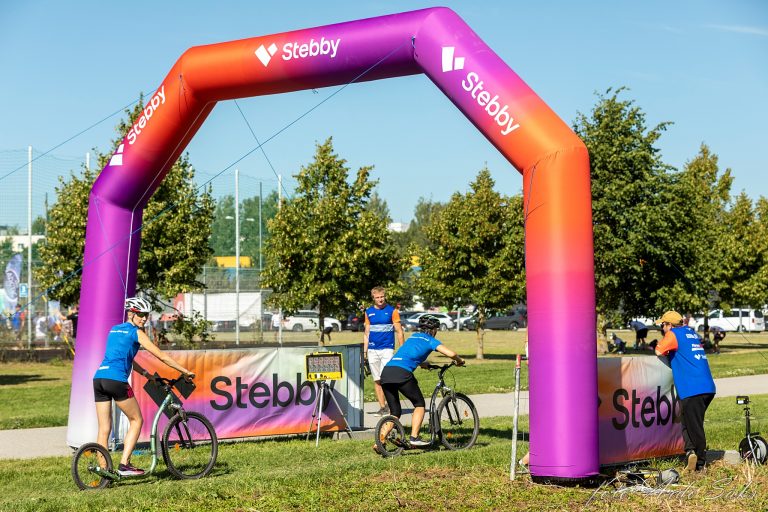 Wellness in the workplace: trends in the Baltics vs. The World 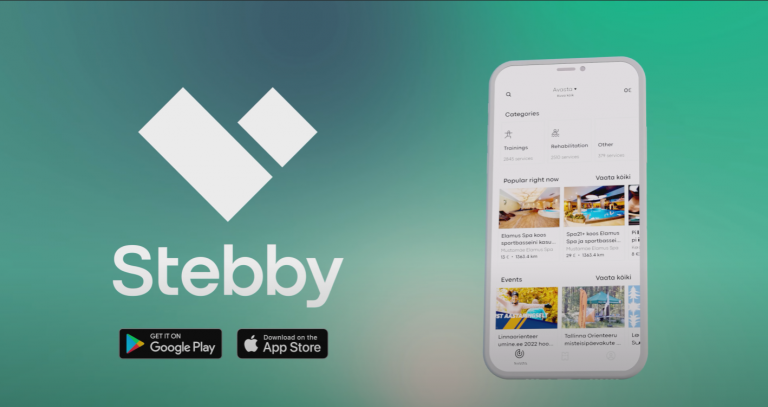 Give recognition to service providers with ratings and feedback!

Book a demo and our helpful sales team will show you all the features and answer your questions about our platform.